Skip to content
You are here:Home/Analysis and recommendations/End of “Robinhood’s bull market” – the money will flow to the dollar again

Since yesterday the mood began to deteriorate. The market began to pay attention again to the number of cases that in many US states are not stopping growing. In addition, investors have reacted negatively to reports of a planned increase in customs duties by the US towards the EU. The new package would be worth USD 3.1 billion. With such a scale of market optimism, caused by mass printing, the market usually looks for an excuse to take profits and got such excuses yesterday.

Big investors are not taking in this rebound

The current wave of rebound from March lows is called “Robinhood’s bull market”, because it is this popular discount platform that is most often chosen by new millenials entering the market. It could boast of record dynamics of accounts opened during the lockdown, through which new investors were engaged in rebound, often using funds from the aid distributed by the US government to people who lost their jobs as a result of a pandemic. The appearance of such market participants (Main Street) is therefore a very serious warning signal that the rebound that has been going on since March may be only a correction globally. 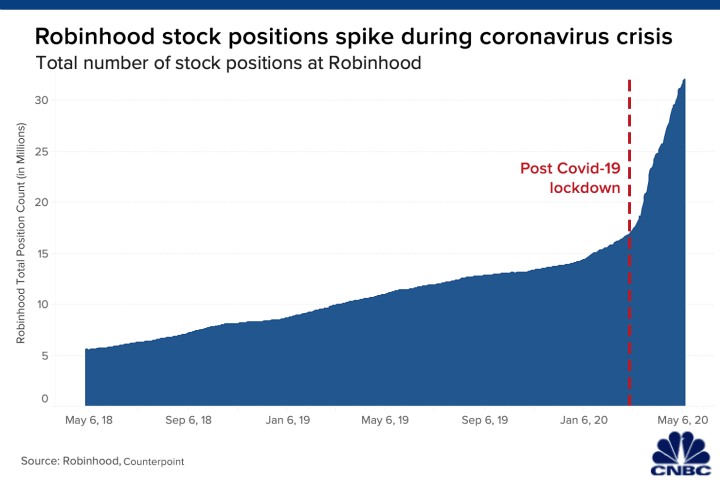 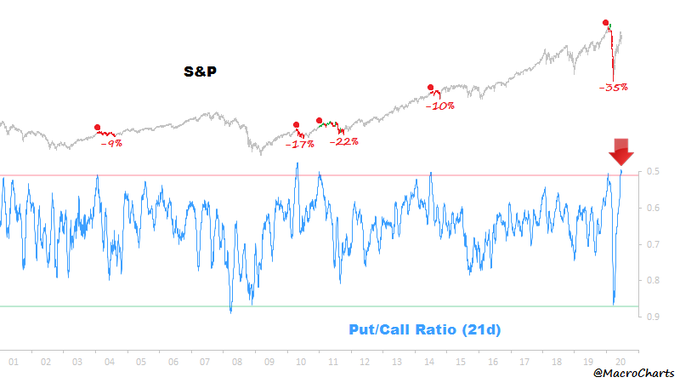 While “Main Street” willingly engages in the market, pumping even Put / Call Ratio to levels before the market collapsed, Wall Street remains skeptical, as exemplified by the attitude of Warren Buffet, who is sitting at around USD 130 billion in cash he stated that he could not see investment opportunities at the moment. 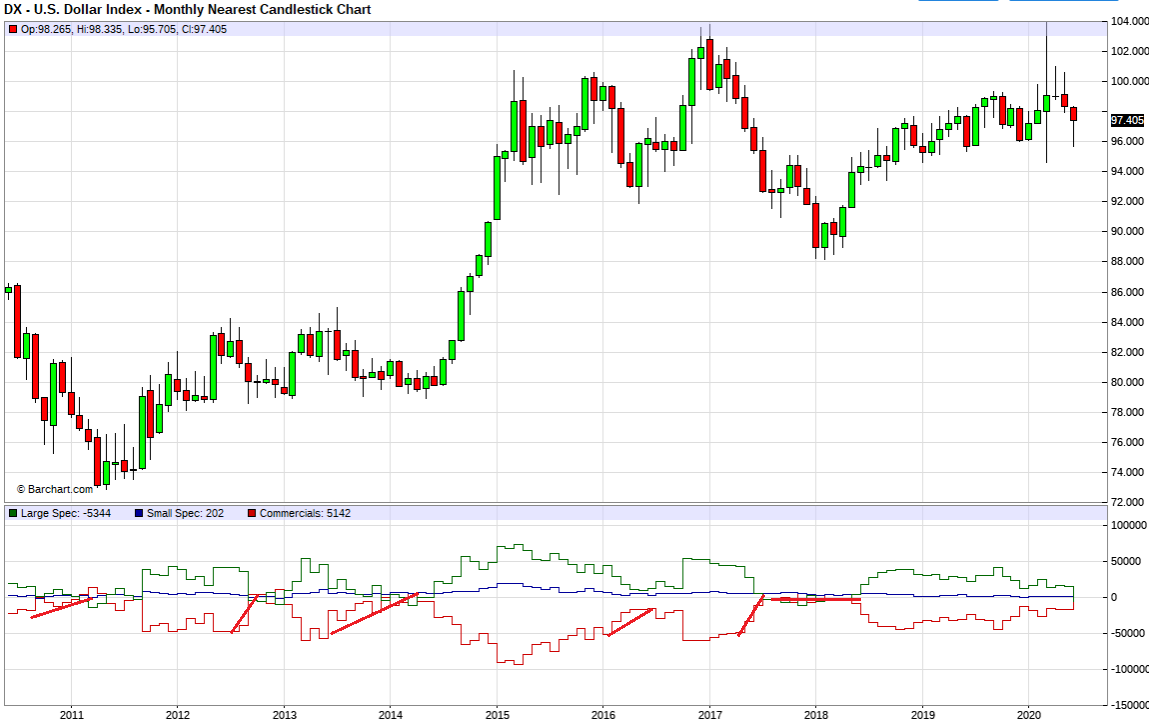 In times of uncertainty, money flows to the US dollar, a great example of which was the market reaction from February and March. Currently, attention may also be paid to the behavior of usually well-informed market participants, such as commercials. If we look at their positioning on US dollar futures, the short position has been completely reduced recently. On the chart above, I have marked with red lines the situations in which short positions have been reduced by commercials in the past. Just look what happened with the dollar index back then. So it’s a hint that something unpleasant can hang in the air.

The USD / PLN situation also seems to be becoming more and more clear. The last decline stopped at 38.2% Fibo and for three weeks the demand has started to defend here, which can be seen even from the shapes of weekly candles that have already been built here. Also the current candle, and more precisely its bottom shadow, confirms the defense against further decline. It can therefore be “patting the bottom” before the next wave of strengthening, which will appear when market uncertainty returns. And as we already know, this scenario indicates both the behavior of large investors and the group of market participants (and their experience) behind recent increases.