Skip to content
You are here:Home/Analysis and recommendations/A risky decision for buyers on silver

A risky decision for buyers on silver

Silver has for some time had positive, long-term fundamental perspectives, primarily due to the central banks’ policy, as well as correlation with gold, to which a considerable distance remains. 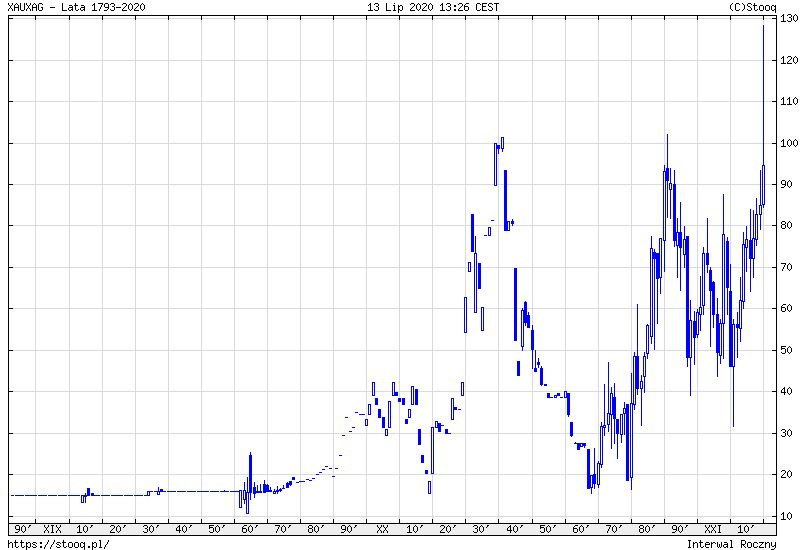 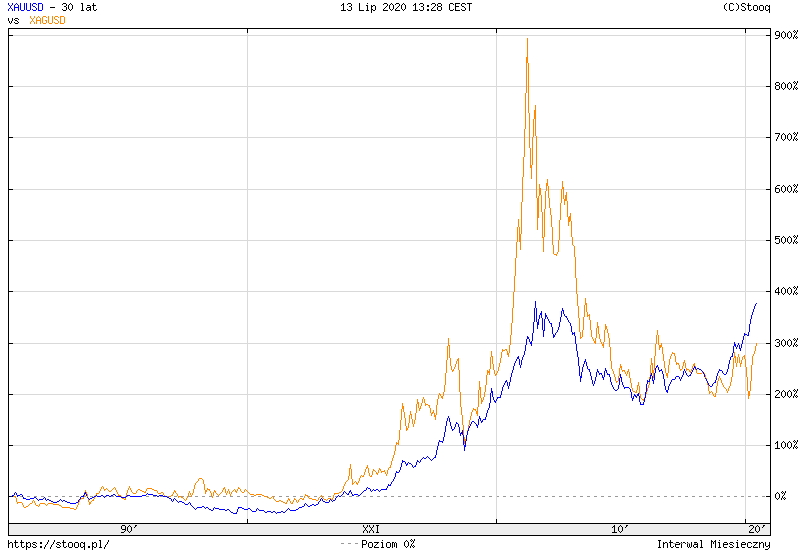 The above gold-silver ratio chart or the chart comparing long-term price fluctuations for both metals shows this well. In other words, silver still has greater potential, but also due to its characteristics, a greater risk of volatility.

On the daily chart the market is already very strong from March low. As you can see, buyers decided at the beginning of this week to cross the key resistance zone in the area of 1860 ¢ / ozt. This is controversial, because the market is trying to implement a scenario of breaking the resistance, with a simultaneous strong overbought, which leaves the current upward movement. In other words, although the long-term fundamental outlook for silver looks promising, it’s important to realize that buyers may be short of breath at current levels.